Because the maglev generator uses the prime mover to drive the generator rotor to run at high speed, in practical applications, the voltage amplitude, frequency, and phase generated on the stator side cannot directly meet the needs of energy uploading to the grid. This places high demands on the system control at the drive end.

VEICHI has launched a new generation of AC800 series inverters based on years of accumulated technical advantages in inverter research and development and rich industry application experience. Not only can it provide high-precision, high-speed, and high-stability control for maglev generators at the drive end, but also debugging is more convenient and quicker.

Recently, according to the actual application scenario of an equipment factory, VEICHI provided it with a comprehensive solution of AC800-S75-T4-0104 inverter. It solves the technical problems of customers in the past and fully meets the application needs of maglev generators for power generation. 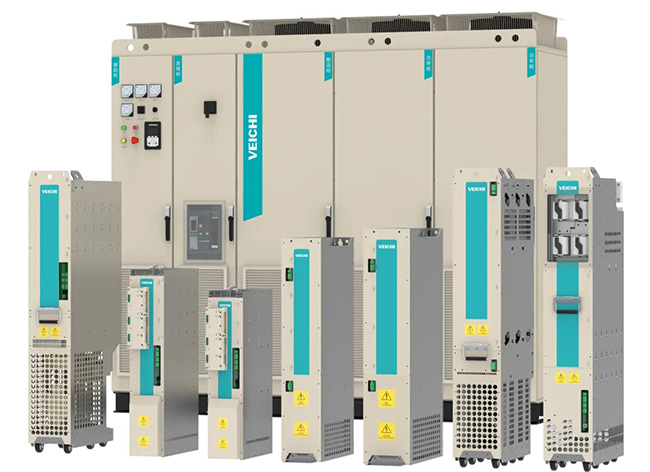 The AC800 series inverters of VEICHI

● The inverter is suitable for high-speed permanent magnet generators with a rated speed of 42000r/m (700Hz) and supports power generation conditions of up to 55kW and 800Hz.
● The full speed range of the machine side realizes speed sensorless control, and has two functions of zero speed start and rated speed switching.
● The network test is equipped with an LCL reactor and meets the technical requirements of the grid company for the inverter to be connected to the distribution network.
● It has 4 switch inputs, 2 relay outputs, 2 open collector outputs, AI2, AO2 (4-20mA), 485 (MODBUS-RTU), and other external interfaces.
● There are two working modes:
(1) Use the original power to drive the maglev generator to start to reach the rated speed. After the generator starts to the rated speed, the converter is switched on and used. The inverter is used for energy feedback to the grid.
(2) Use the converter to start the generator. After reaching the rated speed, the motive force is gradually added, and the converter is converted from electric to power generation.

The AC800 series inverter provided by VEICHI drives the electric energy generated by the high-speed permanent magnet motor in the power generation state, which can be fed back to the power grid from the AFE active front end, with low THD and high power factor, meeting the needs of grid connection. This solution can fully meet the technical requirements of customers for maglev generators.

The first way of working

When the motive force is used to drive the maglev generator to start, the rotor of the motor rotates, and the magnetic field lines are cut to generate current. When the motor reaches the rated speed, the inverter is switched on and used, and the electric energy generated by the power generation is directly fed back to the power grid through the AFE active rectification by the inverter.

The second way of working

When the inverter is started, the excitation current is passed through the three-phase windings on the stator side of the motor to generate a magnetic field. The rotor conductor of the motor cuts the magnetic field to generate an induced current, and the motor is in a state of generating electricity, and the motive force is gradually added. The inverter converts from electric power to power generation and directly feeds the power generated by power generation to the grid through AFE active rectification. 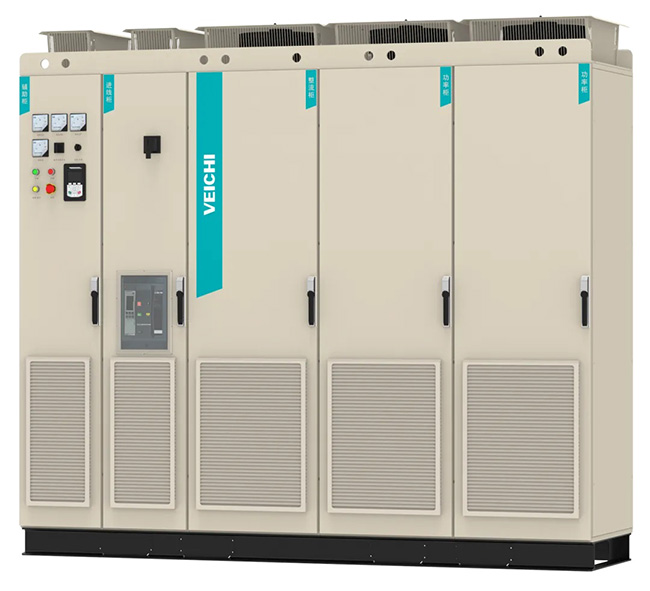 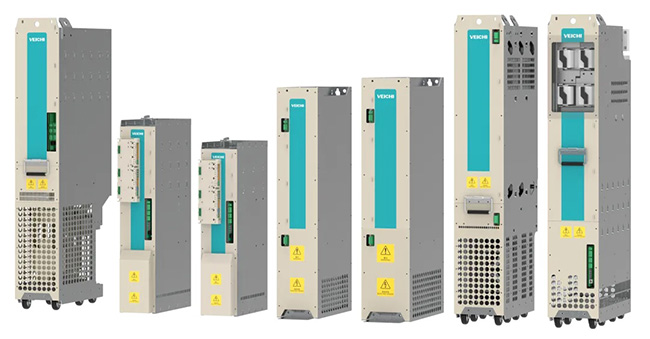 AC800 series engineering multi-machine drive inverters are high-performance and high-end inverters created by VEICHI ingenuity. It can meet the application function requirements of diversified scenarios of enterprises. It has many advantages such as obvious improvement of energy-saving effect and full coverage of environmental adaptability.

1. Adopt ARM+FPGA dual-chip control architecture platform to ensure the excellent dynamic response capability and control accuracy of the drive system.
2. Wide range of speed regulation, which can effectively drive high-speed magnetic levitation motors with a maximum speed of 42000r.
3. Excellent field weakening algorithm to ensure reliable operation of high-speed magnetic levitation motor with high-speed field weakening.
4. The harmonics fed back to the grid are small, and the AFE fully controlled rectification method is adopted to ensure that the harmonics fed back to the grid do not exceed 3%, fully complying with the relevant standards of GBT14549-93.

Debug the host computer to adapt to the working conditions, with a variety of graphical display interfaces. The convenient and fast multi-function LCD keyboard can realize the easy and convenient debugging of handheld devices. Support parameter copy and restore.

Filtering, rectification, inverter, and braking are all independent and standard modules. Adopt a common DC bus scheme to save energy demand (5%-30%). At the same time, it supports multiple modules in parallel to achieve high power output.

The VCU supports a variety of expansion modules, including encoder modules such as TTL, HTL, UVW, sine cosine, and resolver. Support Modbus, Profibus-DP, Profinet, EtherCAT and other field bus modules, IO expansion modules, etc. Adapt according to customer use.

The system has as many as 30 kinds of setting protection methods and communication abnormal fault monitoring function; it also comes standard with the STO safe torque interrupt function, which disconnects the motor power by blocking the IGBT drive pulse to prevent the motor from starting unexpectedly and ensure the safety of personnel and equipment.

Field application practice has proved that the AC800 series four-quadrant inverter can fully meet the needs of customers with energy-saving effects and special functions while giving full play to the working performance of the maglev generator. In the future, VEICHI will continue to rely on its rich industry experience and solid technical reserves in the industrial control industry to go deep into the front end of the market and understand customer needs. Continue to provide customers with superior performance, stable and reliable products, and services. 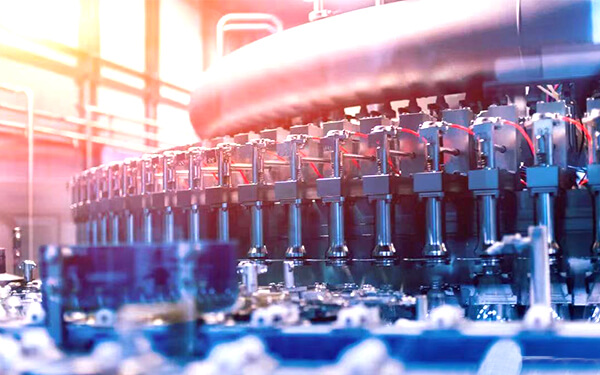 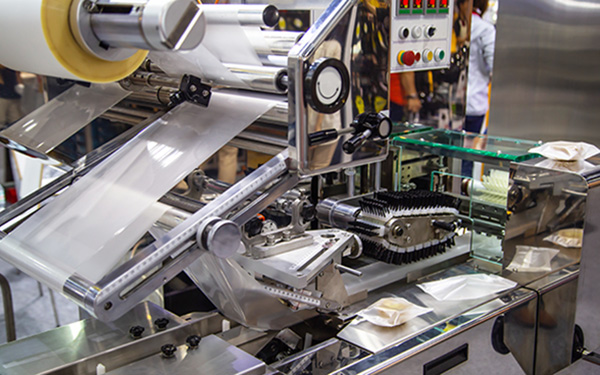 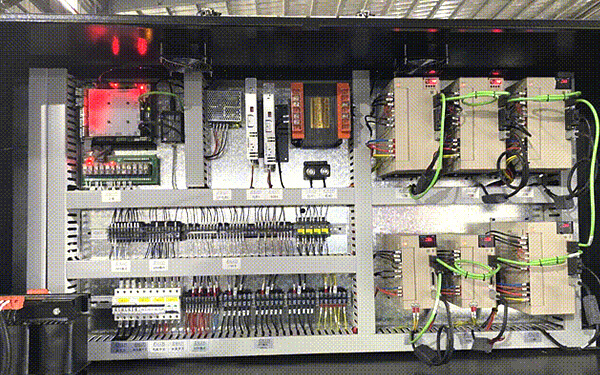 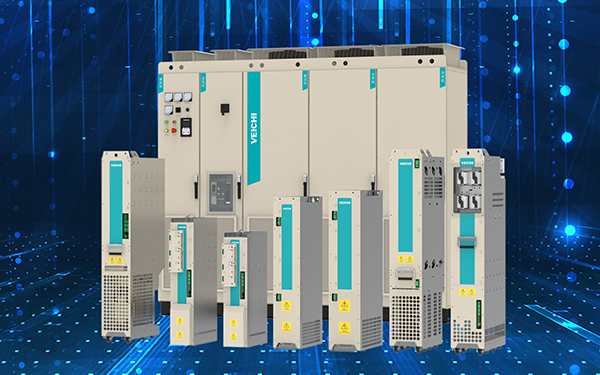 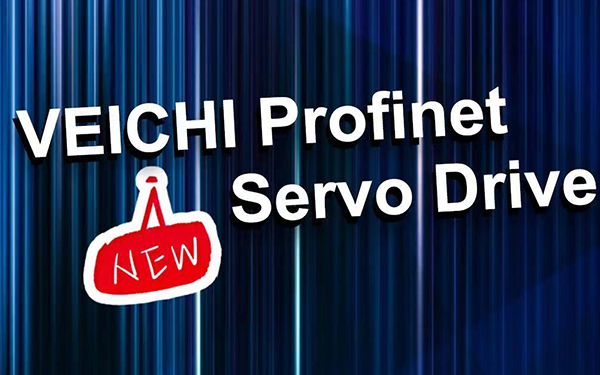 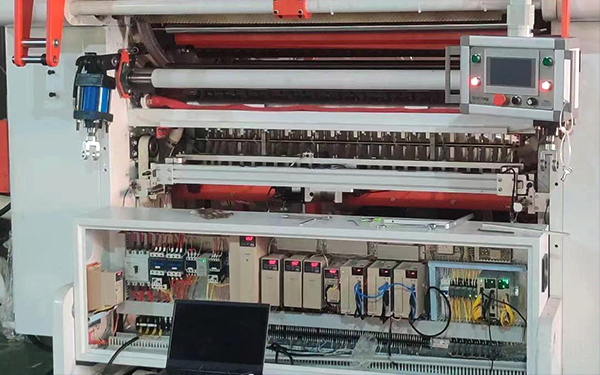 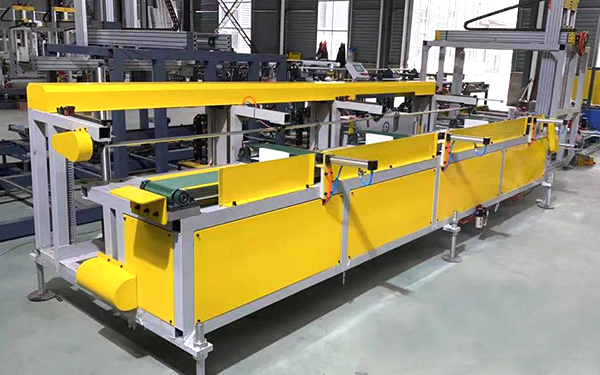