As modern industry gradually moves toward the industry 4.0 era, the performance requirements of automation equipment are also getting higher and higher. Due to some of its drawbacks, the traditional AC servo system is gradually unable to meet the needs of customers, in order to overcome the various drawbacks of traditional pulse-type servo, many servo manufacturers in the market are actively developing fieldbus servo drives. At present, there are dozens of mature fieldbus technologies in the market. Among them, EtherCAT fieldbus has been favored by most servo manufacturers in the world for its excellent performance and open communication protocol. This article will use the "EtherCAT fieldbus technology on the tape high-speed slitter application case" to illustrate the development status of EtherCAT fieldbus technology and application experience in the actual field.

Introduction to EtherCAT and its development status

1. The advantages of EtherCAT fieldbus

There are many types of supported topologies: EtherCAT bus supports almost all bus topologies such as star, bus, and tree. It has more flexibility in routing and supports automatic address allocation without setting an IP address.

High security: Thanks to the use of TwinSAFE security technology, it is now possible to use the EtherCAT security protocol to perform safety-related communication and control communication on the same network, this allows the EtherCAT bus to be safely integrated (SIL)3 and can even reach SIL4 after taking relevant measures.

Since its introduction, EtherCAT fieldbus has been widely used in the world. At the end of last year, Beckhoff further introduced the second generation EtherCAT fieldbus technology-EtherCAT G. EtherCAT G takes Gigabit Ethernet communication technology to take EtherCAT performance to a whole new level. Not only is EtherCAT G fully compatible with the previous generation of 100 Mbps EtherCAT technology, it allows customers to communicate reliably without modifying the parameters of the master station, and it is equally easy to use. In addition, EtherCAT G's branch controller mode enables efficient operation of multiple subnet segments in parallel. When Beckhoff introduced the EtherCAT G Gigabit EtherCAT, it also proposed the design concept of the 10 Gigabit EtherCAT 10G. The 10 Gigabit EtherCAT 10G has a higher communication rate (100 Gbit/s), thus supporting high-density data-intensive applications.

1） the production process of tape

Sealing tape is not only an essential daily necessities in our daily life, but also has a wide range of uses in industrial production, especially in the logistics, packaging and other industries. The production of tape from the raw material to the finished tape goes through dozens of complicated processes as follows: 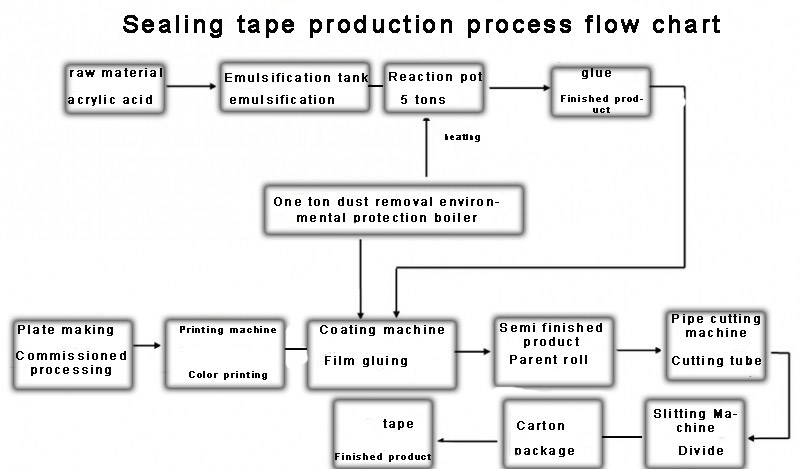 The slitting machine is mainly the final process of completing the tape production process. The traditional solution of the customer is to use the frequency converter and the ordinary pulse type servo to complete the tension control and labeling in the tape striping process. The traditional scheme has the disadvantages of low efficiency and poor precision, and it generates a large amount of static electricity during the tape rewinding and unwinding process, which easily interferes with the receiving pulse of the servo driver, thereby reducing the yield of the product.

In response to the shortcomings of the customer's old solution, the VEICHI application development team developed a new automatic slitting machine solution through discussion and analysis, through the cooperation of VEICHI AC200T tension professional frequency converter and SD700 EtherCAT bus type servo, it solves the problems of low efficiency and poor anti-interference of the old scheme.

The final step in the tape production process is to use the slitter to divide the produced master roll tape into finished tape. The high-speed slitter designed in this case is the automation device to complete this step. The whole control system can be roughly divided into three parts for separate design, namely: 1, the robot synchronous interpolation motion part 2, the inverter tension control part 3, the labeling movement part.

In order to solve the problem of low efficiency of the old scheme, we added a robot to the loading and unloading action in the new scheme, which increased the production efficiency by nearly 50%.

The manipulator part is composed of two articulated manipulators. The four VEICHI SD700 EtherCAT bus type servos are used to drive the joint movement of the machine. The difficulty of this part of the control is that the synchronization of the left and right manipulators must be ensured during the movement. The error must not exceed 2 microseconds, and the motion of the two joints of a single robot must also involve the interpolation algorithm. Therefore, it is very difficult to ensure the synchronization between the two axes while ensuring the interpolation trajectory. The VEICHI SD700 EtherCAT bus servo drive uses the distributed clock synchronization principle to control the position loop. The time synchronization period is as short as 125 microseconds, and the position synchronization error between the two axes is about 1 microsecond, so the performance can fully meet the process requirements. . 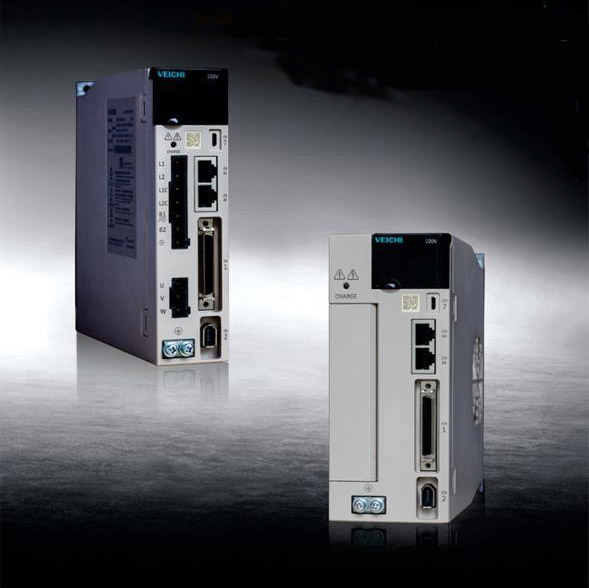 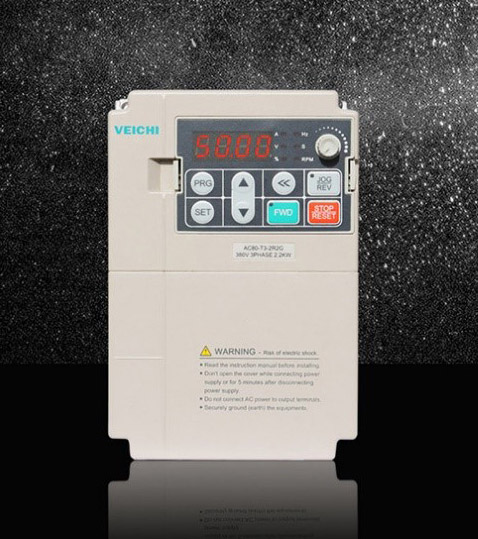 The more complicated part of the whole system is the robot part. Since the design of the manipulator part is not the traditional XYZ rectangular coordinate manipulator design, but the double joint manipulator design, the coordinates of the end position of the manipulator need to be determined by the forward and reverse solution algorithm. Because the whole system program is too large, here I only share the positive solution algorithm of the lower joint robot and how to control the robot to run to the specified position in the way of interpolation motion.

Solved by the above formula:

The following are some of the algoritHMIc procedures for robotic control: 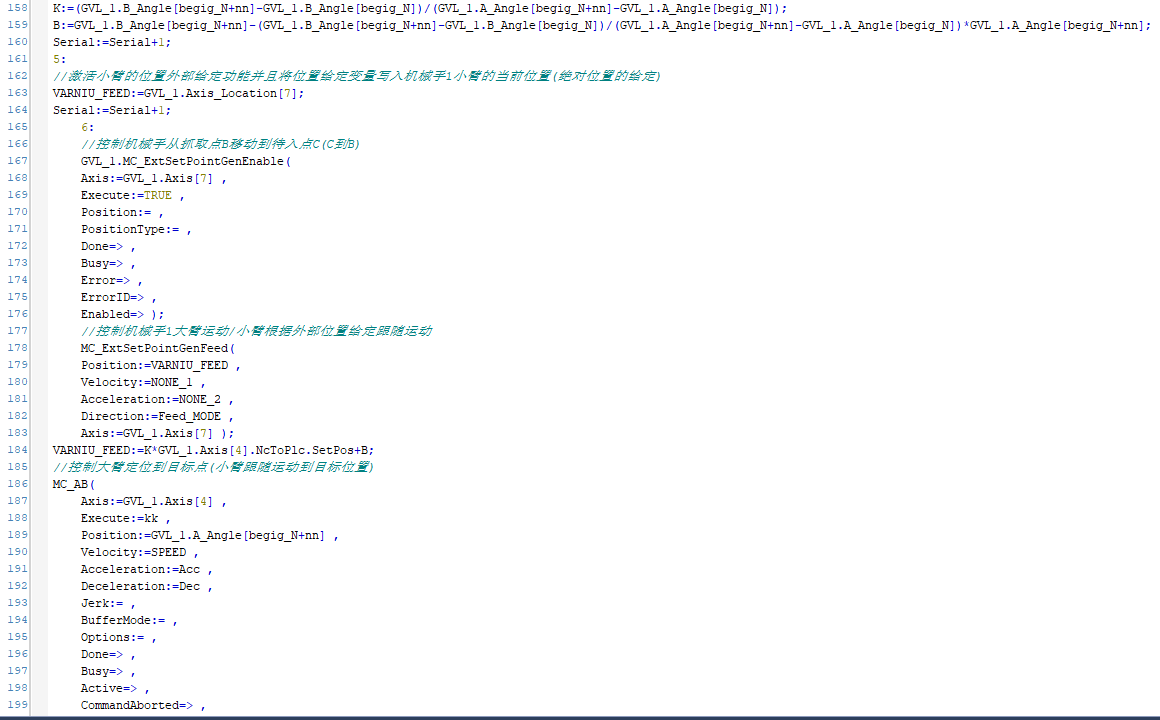 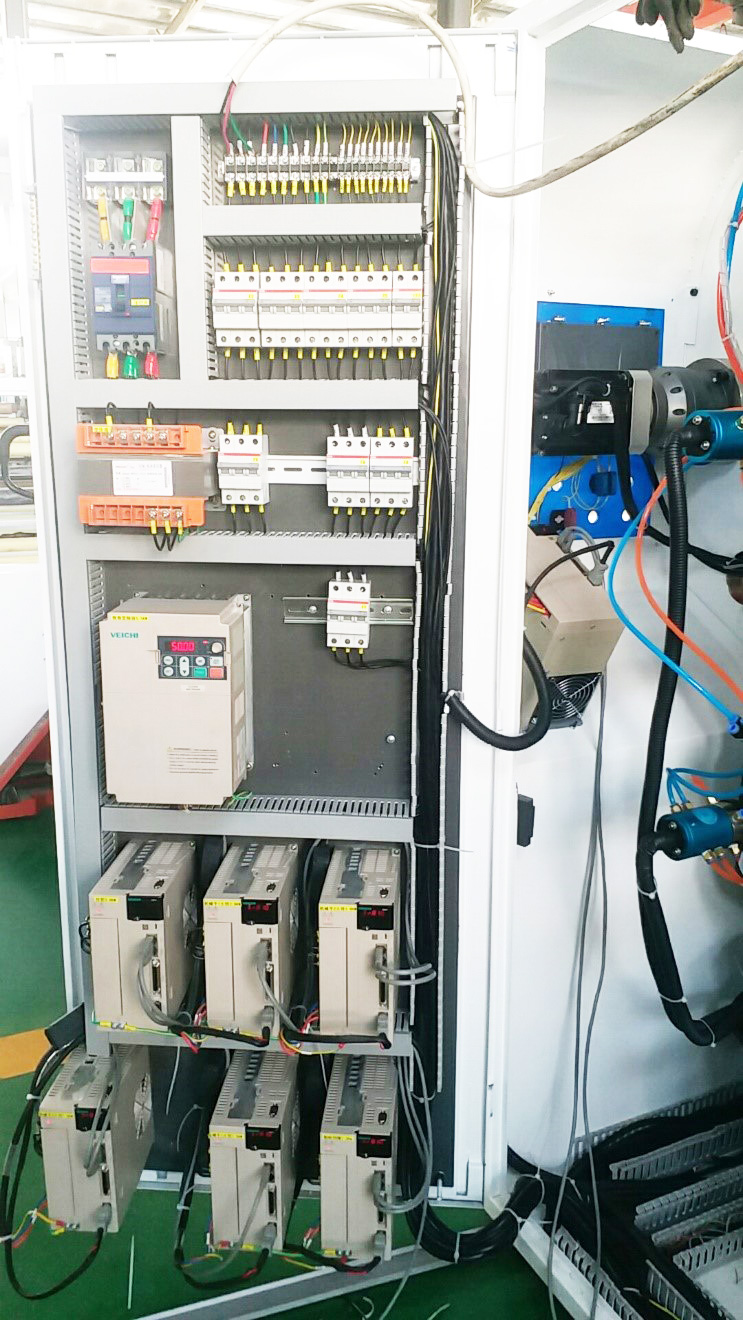 By switching to VEICHI bus-type servo and tension control inverters, the performance of customer equipment has been greatly improved, both in terms of production efficiency and accuracy of the equipment is a leading level in the industry.

VEICHI has been committed to the development of more advantageous bus-type servo drives. It has successfully developed a variety of high-performance bus servo drives including CANopen, EtherCAT, M-II, M-III, etc., and has been available on the market. A large number of applications, after practical testing, Flextronics bus servo drives have reached a new level in terms of performance and stability. 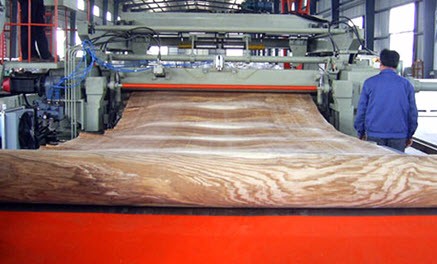 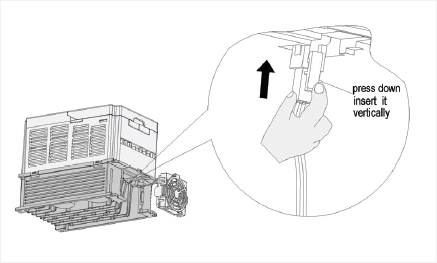 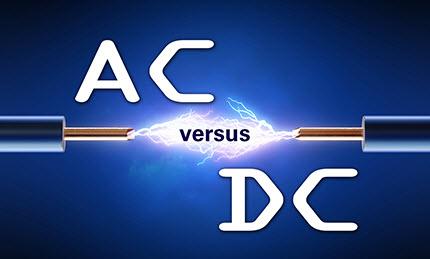 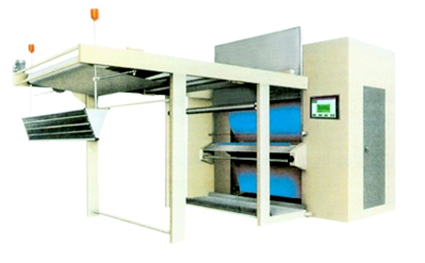 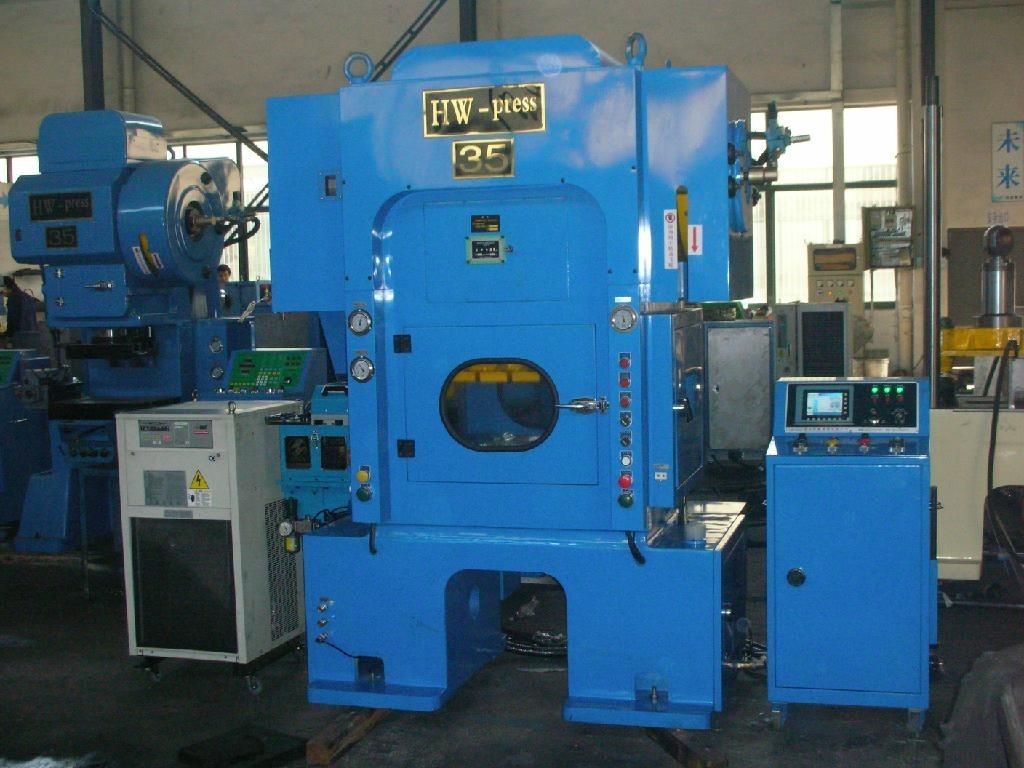 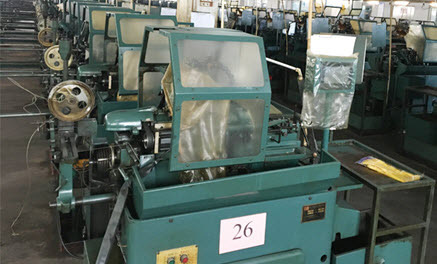 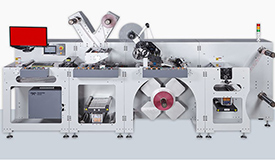 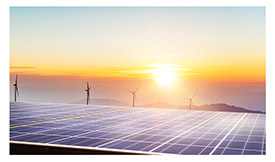 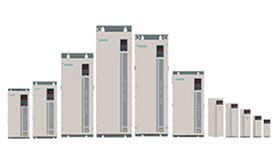 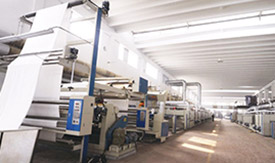